On April 17 Jan Liesegang of the Berlin-based collective Raumlabor will be giving a talk at the Brussels Centre for Fine Arts, within the context of its participation in this year's edition of theTriënnale Brugge in Bruges, Belgium, where it is building a House of Time, in the historic center of the city: In the next few days, a series of posts on this blog will highlight some of the many other projects of Raumlabor. This post presents its most famous one, the Eichbaumoper project, in which a neglected and vandalised metro-station was temporarily transformed into an operahouse, with a minimum of means and the local residents as the main protagonists, and without going for an architectural footprint that is irreversible 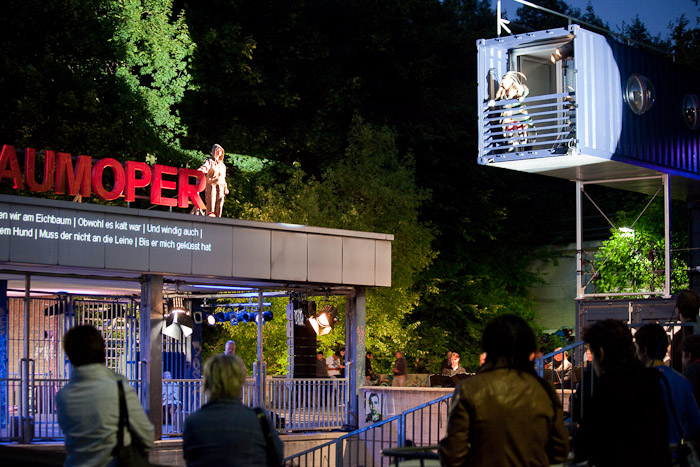 We do not solve problems. Rather, we initiate processes of urban renewal that give actors the opportunity to know, understand and use the city and its dynamics, as well as its possibilities

Raumlabor is the most famous and successful of a whole series next-generation-studio’s in Berlin that have specialised in lightweight and volatile experiments in the urban tissue – rather than still focusing on the design of objects of desire or landmark buildings that have eternity in mind. The collective has an outspoken preference for small scale, playful and temporary interventions, on difficult locations, places that are abandoned, left-over, in transition, or wasteland. Its actions declare themselves averse from the linear thinking that comes with Grand Utopia’s, and are developed in a perpetual exchange, dialogue and dialectics with the complexity and specificity of the site. Their credo: ‘We do not solve problems. Rather, we initiate processes of urban renewal that give actors the opportunity to know, understand and use the city and its dynamics, as well as its possibilities.’

Basically a collective of 9 architects, the studio creates a different team for each new project, including experts, but also and particularly civilians and local residents that are most likely to know the site the best, since they have to deal with it on a daily basis, Their action-based approach has taken them to Warsaw, London, Liverpool, Paris, Prague, Rome, South Korea, New York, or Gothenburg, where they created Allmänna Badet, a sauna located in the middle of a former industrial port. But their most famous project up till now played in the German Ruhr region, as part of the European Cultural Capital program: the Eichbaumoper.

Built with a lot of concrete in the 70’s, as part of a most ambitious plan that had to revive the whole region, but lost in the eye of a highway intersection between the cities of Essen and Mülheim, the Eichbaum metro-station corresponded in little to what its pastoral name –Oaktree- suggested. It had become neglected and vandalized, a place with nothing but a rough reputation, very much symbolizing the downfall of the former industrial region in which it was situated. Raumlabor went for the highest contrast possible in its search for a way to revive the site, metamorphosing the dilapidated into the sublime. 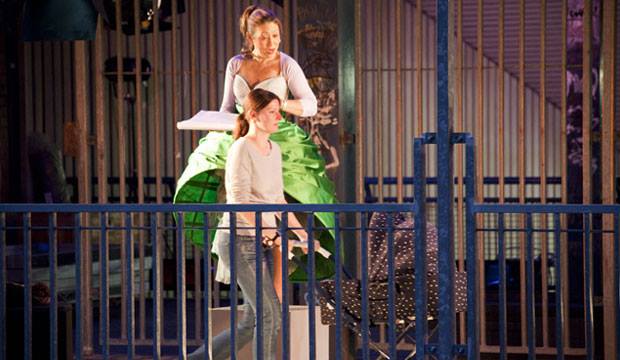 In 2009, it temporarily transformed the metrostation into an opera house, complete with a workshop space, conference room, bar, cinema, and art gallery. Invited composers, librettists and local residents collaborated on an opera in which the fears, hopes, dreams and memories of the latter went directly into the libretto, while the by nature highly artificial world of opera was put in a mix with the routine of the daily reality show, the noise of the highway and of the passing metro.

Video : Eichbaum is your basic underground train station located between Essen and Mülheim deep in the heart of Germany.

The Eichbaumoper was also part of a more ambitious plan and was the first of a series of interventions that also led to the teöporary installation of a Box Ring, but already in 2015, the local press denounced the state of te metro-station again by using the words it had used in the past, such as Angstraum or Place of Fear. 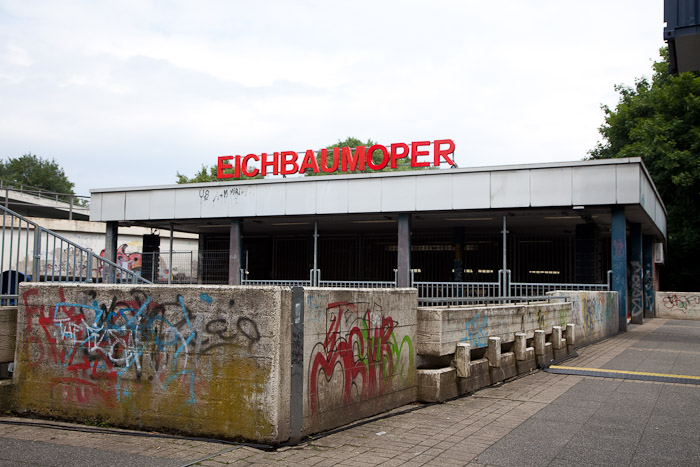 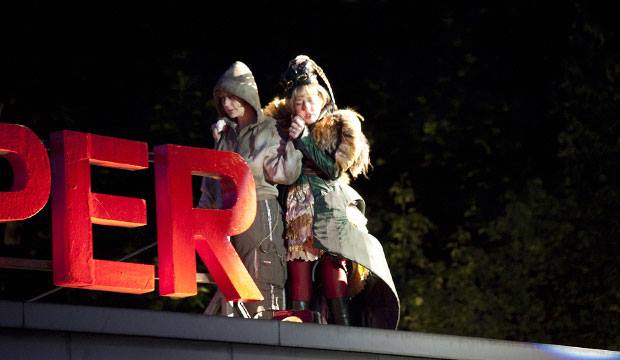 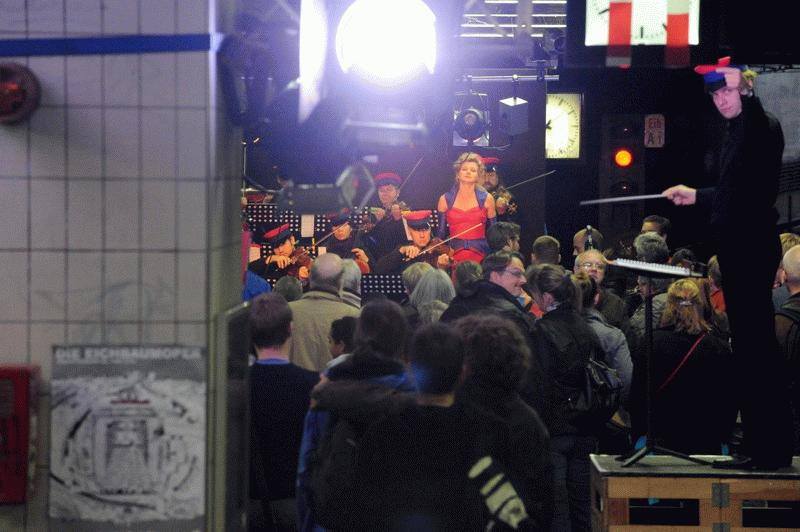 Since September, the collective has been working for the Bruges Triennial 2018,Liquid City - Vloeibare Stad, where they are working on a House of Time in the historic center of the city,; a site that is reprogrammed and activated to form a meeting and production site by and for young people. .The lecture of Jan Liesegang, who co-founded Raumlabor and co-managed the Eichbaumoper, is an intiative of A + Architecture in Belgium, BOZAR, and the Brugges Triennial Jan Liesegang will speak about their vision on architecture; architecture as a means of searching for a future city full of possibilities.