URBAN INTERVENTIONISTS – CANADA - PETER GIBSON, aka ROADSWORTH: PAINTING A GLITCH IN THE MATRIX

More than anything else it was 9/11 that made the Canadian artist Peter Gibson go out on the streets in 2001, to turn them into his canvas and become Roadsworth.

What made Roadsworth's work stand out from that of most other graffiti artists was that his focus was on the streets' surface, and not on the walls surrounding them. It all had to do with the fact that he wanted to denounce the way in which life on the road was totally dominated by car culture, ‘a society bent on oil, over-consumption, and hyper-individualism, complacent and unable to overcome its own inertia’. His work, Roadsworth said, once the police started to chase him, also wanted to question ‘the hypocrisy implicit in the notion that public space is democratic when in fact it caters more to corporations than it does to everyday citizens’. Despite these high ideas, his stencil-based technique was -and still is- open-ended, not preachy: “In the spirit of Marcel Duchamp, all I have to do is paint a mustache on the Mona Lisa, to introduce a glitch in the matrix.” www.roadsworth.com 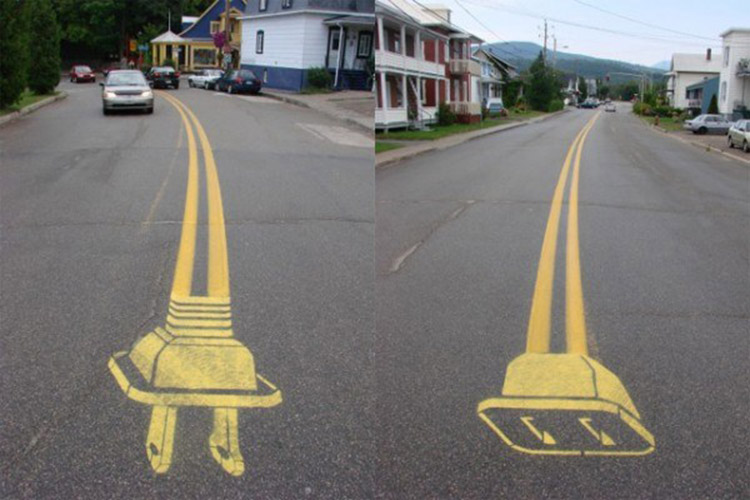 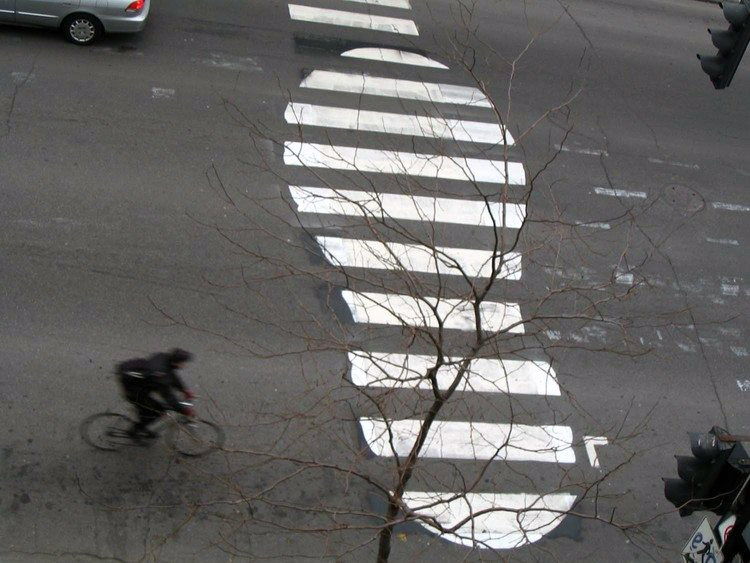 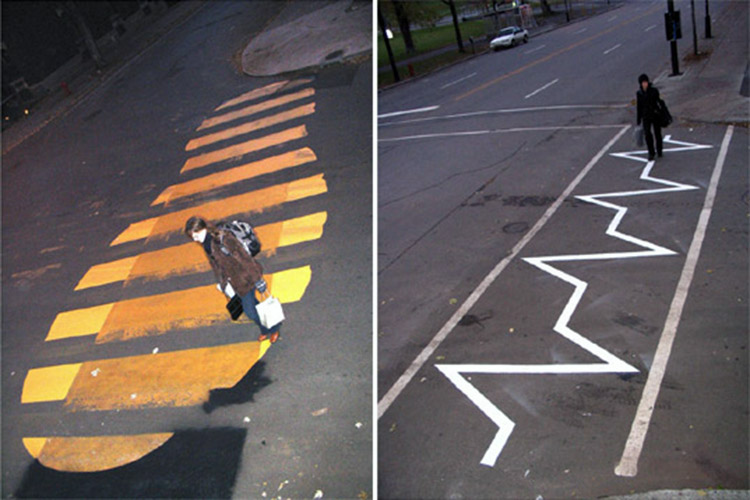 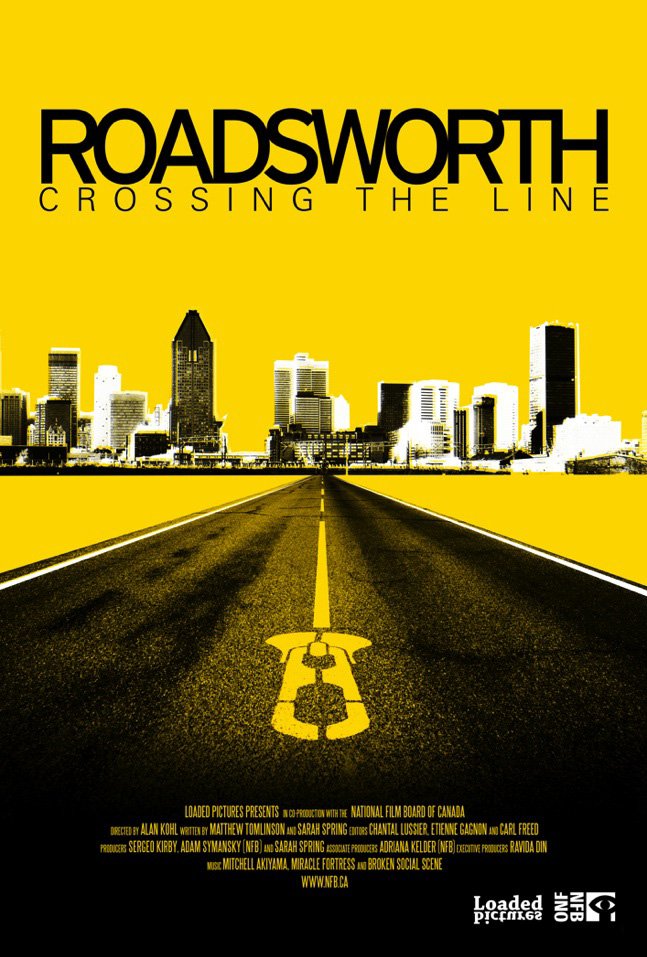 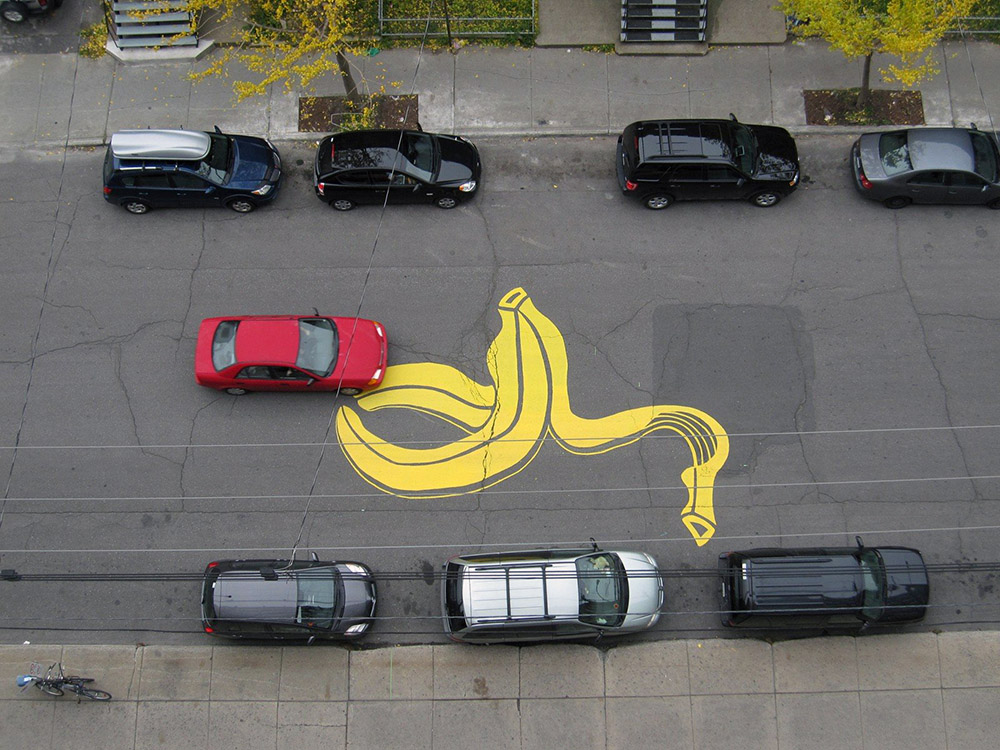