WELCOME TO L.A. - CALIFORNIA: HOME OF HOLLYWOOD, DISNEY AND THE HOMELESS

Watch some videos that will never make it to a Oscar-nomination, despite the fact that they were shot in the capital of the Hollywood industry, and went viral of the last few months. Shot by amateurs, they take you downtown, or on a bike tour through Anaheim, home of Disneyland, revealing Los Angeles' burgeoning homelessness, a problem that to official media doesn't seem too much of a concern.

These unsheltered live in cars, campers, tents and lean-tos

Over the last six years the number of those living in the streets and shelters in the city of Los Angeles and most of the county surged 75% — to roughly 55,000 from about 32,000. Including Glendale, Pasadena and Long Beach, which conduct their own homeless counts, the total peaks even nearly 58,000. In particular the number of unsheltered homeless rose alarmingly, from 19,193 to 41,216, or three out of four, while the number of sheltered homeless slightly dropped. These unsheltered live in cars, campers, tents and lean-tos. It is by far the biggest single group of unsheltered people in any U.S. city. If you took out Los Angeles, national homelessness in the U.S. would even have dropped last year for the first time since the recession. 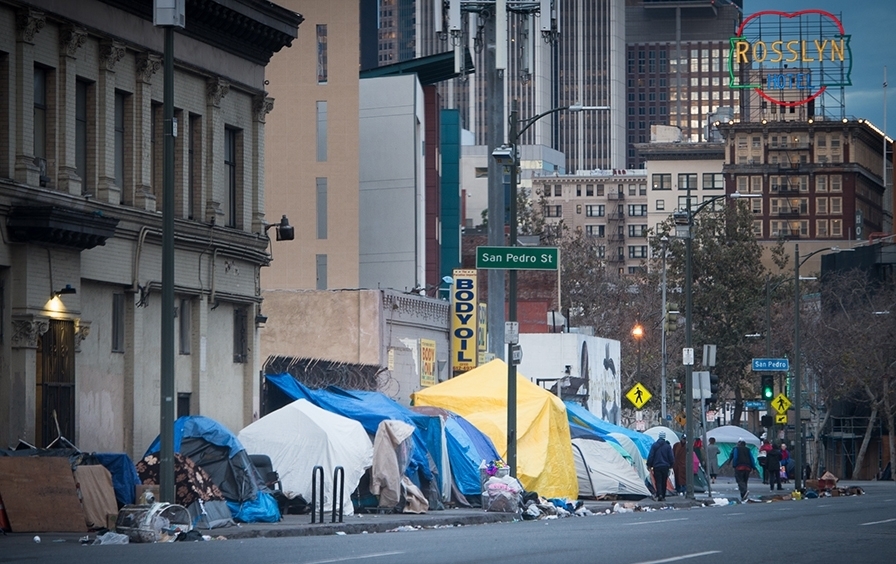 In another era, the unsheltered might have found refuge in crumbling hotels and tenements. But many of those buildings were lost in the city's post-recession spree of building, evictions and renovations. And people left behind by the economic recovery can't compete with young professionals who have bid rents up to record levels.

Downtown, the problem is particularly visible in the Skid Row neighborhood, long the haven of last resort for alcoholics and drug addicts, the unemployable and disabled people. Yet the tent cities also stretch to unlikely communities such as Bel-Air and the City Hall lawn, across the street from LAPD headquarters, and from the Antelope Valley desert to the Santa Monica coast. During an October hygiene survey, county public health officials identified 222 encampments, including 50 with 30 or more people living in them.

The ragtag outposts have also altered the life of those who are not homeless, and step outside their fancy condos to find tents, rotting food and human feces at their doorsteps, while buses and trains have become de facto shelters, The homeless have become as familiar to the Los Angeles streetscape as the swaying palm trees and idling traffic. The mentally ill, the drug addicts, but also the economically disadvantaged live under freeways, alongside riverbeds and on canyon hillsides, many with their life belongings in a shopping cart or backpack. 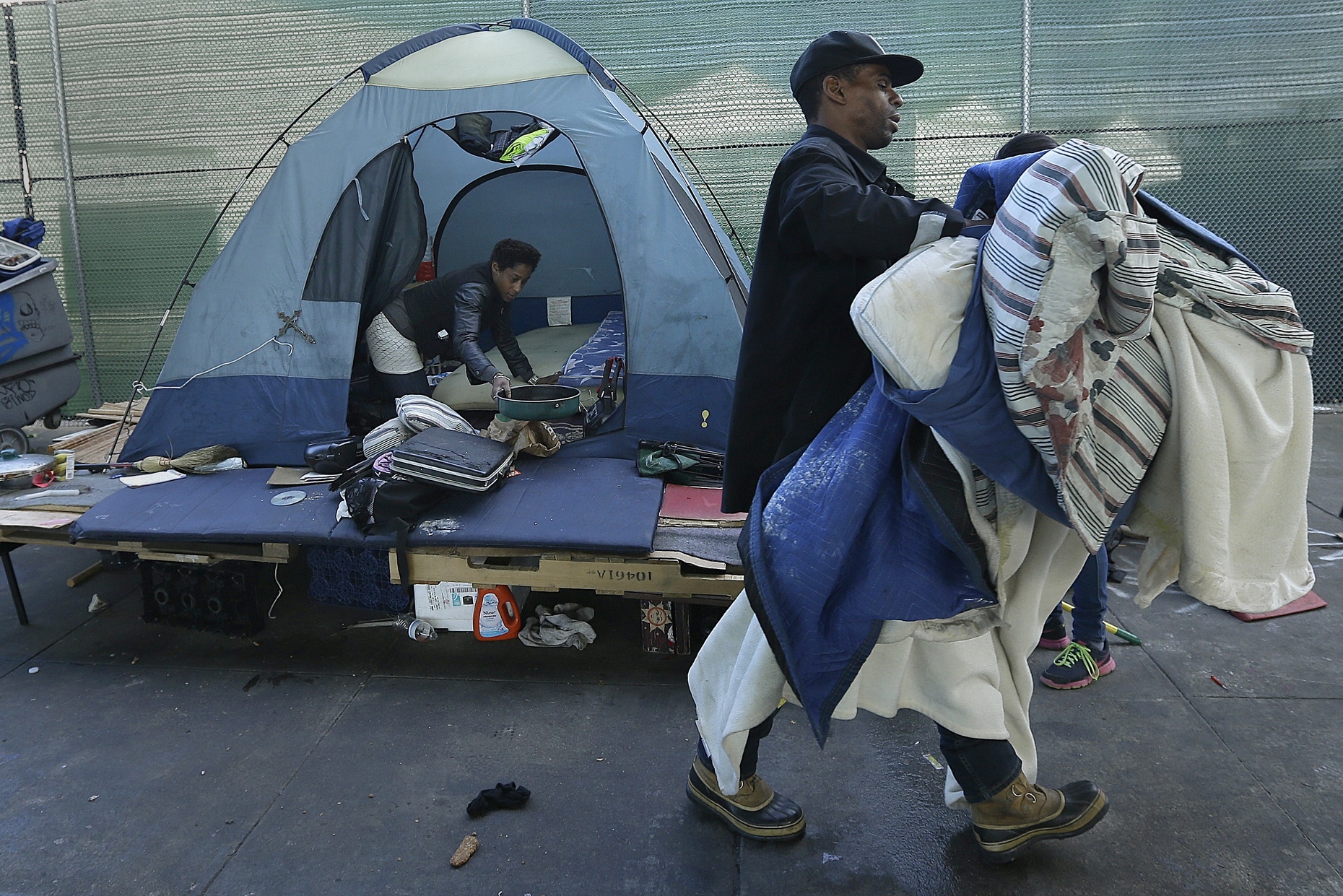 Observers say, and figures prove, that - while the crisis has been decades in the making- the problem has only gotten worse since Mayor Eric Garcetti took office in 2013 and a liberal Democratic supermajority emerged in 2016 on the county Board of Supervisors. Since the issue first emerged as a crisis in the 1980s, homelessness policy in L.A. has been marked by fits and starts..What happened to skid Row sanitation is a good example. In 1992, an activist put out portable toilets in Skid Row, but Mayor Tom Bradley had them hauled away. Bradley's successor, Richard Riordan, had two dozen portable toilets installed on Skid Row. Half were briefly yanked out in 1998, then returned after a protest. In 2006, after they were photographed being used for prostitution, the city had them all carted off for good. 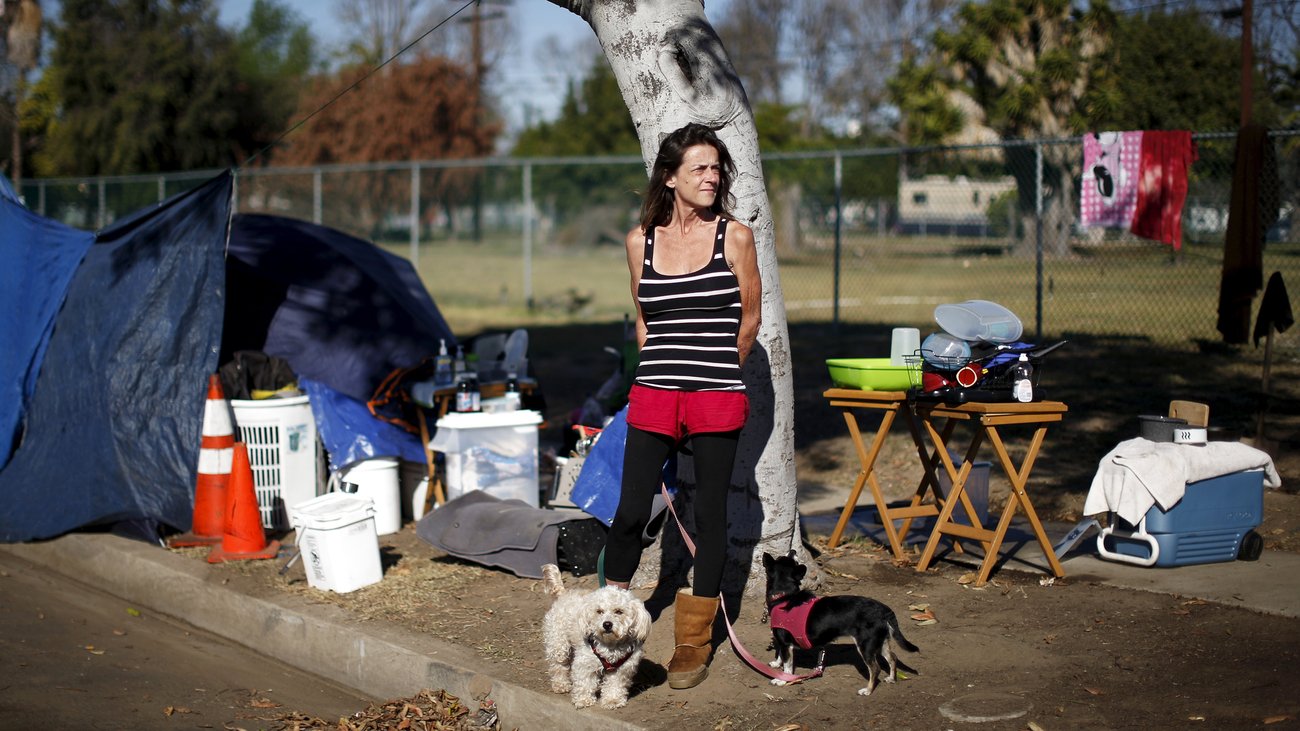 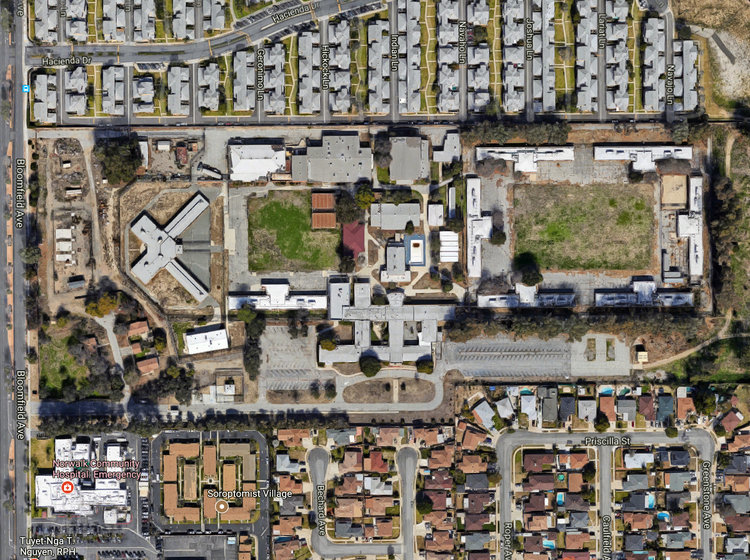 Critics also trace L.A.'s failed policies to the city's 1975 'containment' policy on Skid Row, Faced with widespread displacement of poor people during the redevelopment of Bunker Hill's Victorian boarding houses, the city rejected slum clearance of Skid Row. Instead, officials concentrated very-low-income housing and homeless services in the the 50-block district, which became a dumping ground for hospitals, prisons and other 'facilities' to get rid of people with nowhere else to go. Homeless people on skid row were expected to enter shelters, graduate to transitional housing and finally earn permanent housing through good behavior, including sobriety. But many people fell off that path and never returned.

When homelessness flared again with the crack epidemic in the 1990s, the city and county kept on evading accountability, by suing each other over who was at fault. The county had slashed welfare payments, while the city's land-use policies had reduced the availability of low-income housing. And when in the late 1990s downtown Los Angeles began its spectacular turnaround from a dark wasteland to a vibrant residential and entertainment hub, pressure grew for the city to clean up Skid Row. In 2006, Police Chief William J. Bratton unleashed his "broken windows" campaign, issuing tickets to homeless people for minor offenses like jaywalking and throwing out cigarette butts. The streets cleared, but homeless people were arrested for unpaid tickets and bounced from jail back to Skid Row. That same year, the county adopted a $100-million homelessness plan to build five regional homeless shelters, but a year later shelved it in the face of protests.

In recent years, Los Angeles has focused on placing homeless people in permanent housing quickly, without preconditions, often with rent vouchers.Between 2014 and 2017, officials and philanthropic groups have been housing more homeless people than ever before — 26,000. But qualifying for housing still takes months, and L.A. has a severe housing shortage, while city and county homeless programs have been slow to start and are too limited to absorb the waves of people forced into the streets..

Yet observers say that if homelessness continues to escalate at current rates, it will swamp even the best efforts.

The real problems to be solved may be elsewhere, and not on L.A. Streets.

Officials are hoping reinforcements will breathe new life into the efforts to end homelessness. Voters have recently agreed to tax themselves $4.6 billion to build housing — 10,000 units in 10 years — and provide supportive services for homeless people. And meanwhile, the city is turning again to stopgap measures while streamlining approvals to speed up construction of permanent housing. Plans are underway for shelter expansions, motel conversions, trailer camps, mobile showers and bathrooms, and parking lots for homeless people to sleep in their cars. Garcetti recently even re-opened temporary bathrooms on Skid Row. „I'm optimistic,“ he says. 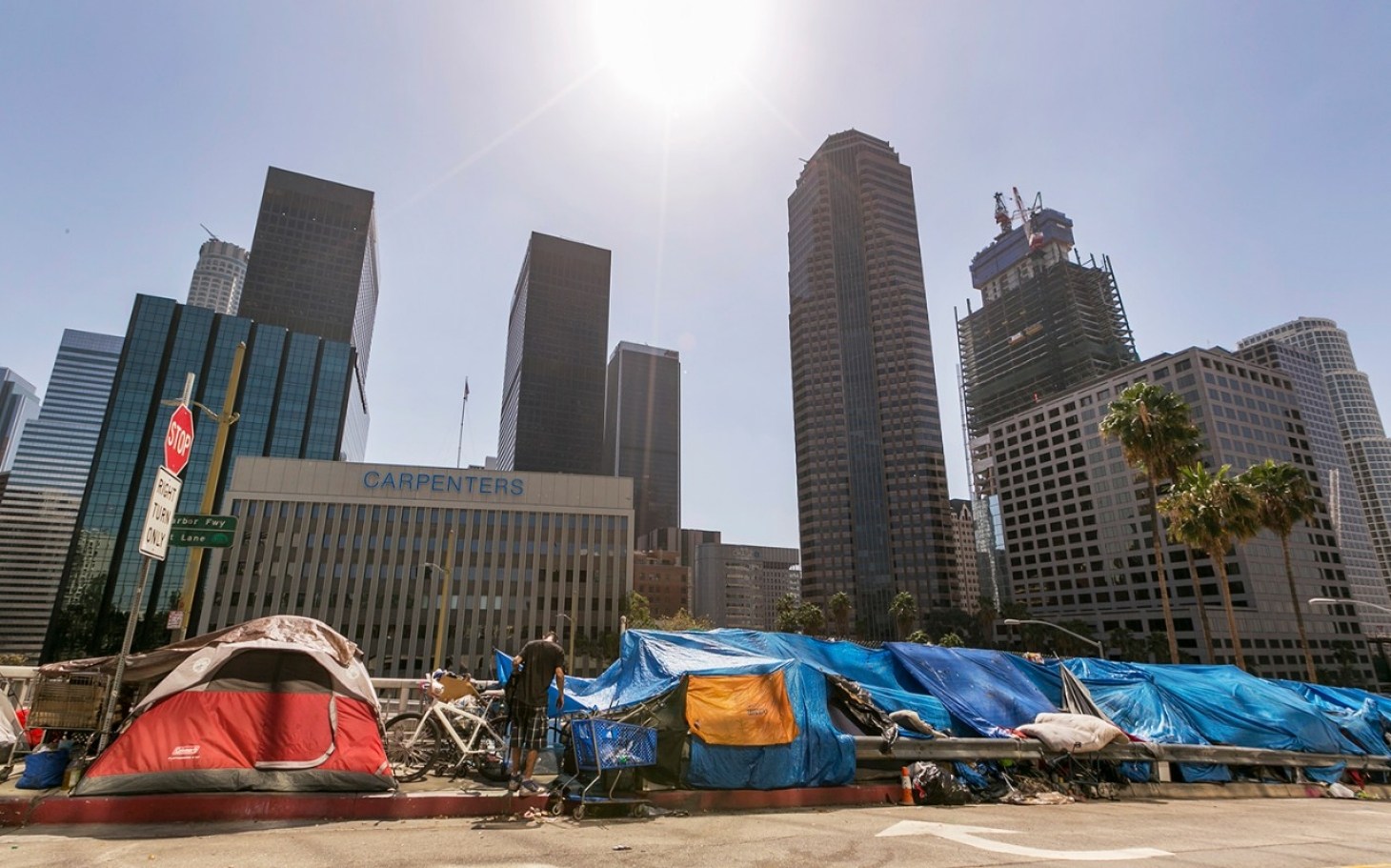 Yet observers say that if homelessness continues to escalate at current rates, it will swamp even the best efforts. And meanwhile, some of these efforts are clearly not as good and humane as the officials pretend them to be. On March 15 the L.A. Times reported that just one day after advocates for the homeless filed a federal civil rights lawsuit against the city of Los Angeles, sanitation workers and police were out again making arrests and removing homeless encampments along a highly visible stretch of the 101 Freeway downtown. The cleanup was just one of the many. In 2015 alone, the city conducted 961 encampment cleanups and carted off 1,355 tons of material, according to the Bureau of Sanitation.

As these videos show, the results were futile. "We are moving more homeless families and adults into housing," Phil Ansell, director of the Los Angeles County Homeless Initiative, recently said to the L.A. Times. "But what we have less control over is the inflow, people who simply are unable to pay the rent."

The real problems to be solved may be elsewhere, and not on L.A. Streets. (fa/mb)