On July 18 it will be a century ago that Nelson Mandela was born in Umtata, then part of South Africa's Cape Province. On December 5 it will be exactly 5 years that he died in Johannesburg. This series of posts explores how artists and designers celebrated the legacy of the South African leader, turning the man into an icon. This post highlights an infographic by Visualizing Impact.

Visualizing Impact is a Canada- and Lebanon-based international and multidisciplinary laboratory and network of techies, researchers, designers, storytellers, and communication savvies producing visual tools and products at the intersection of data and behavioral sciences, technology and design, breaking new ground in these fields, yet at the same time mainstreaming marginalized perspectives on critical social issues around the world’. This infographic was published on the occasion of Mandela’s funeral, and aime to serve as a reminder of the fact that the international community that celebrated the South-African leader then had him on terrorist watch lists earlier on, in South Africa but also the United States, where he was even still listed in 2008 Adopting a magazine cover style, VI re-drew the iconic photo of Mandela taken for the cover of Mac Maharaj’s “Mandela: An Authorized Portrait”, and then overlaid the illustration with poignant, controversial moments in Mandela’s history. 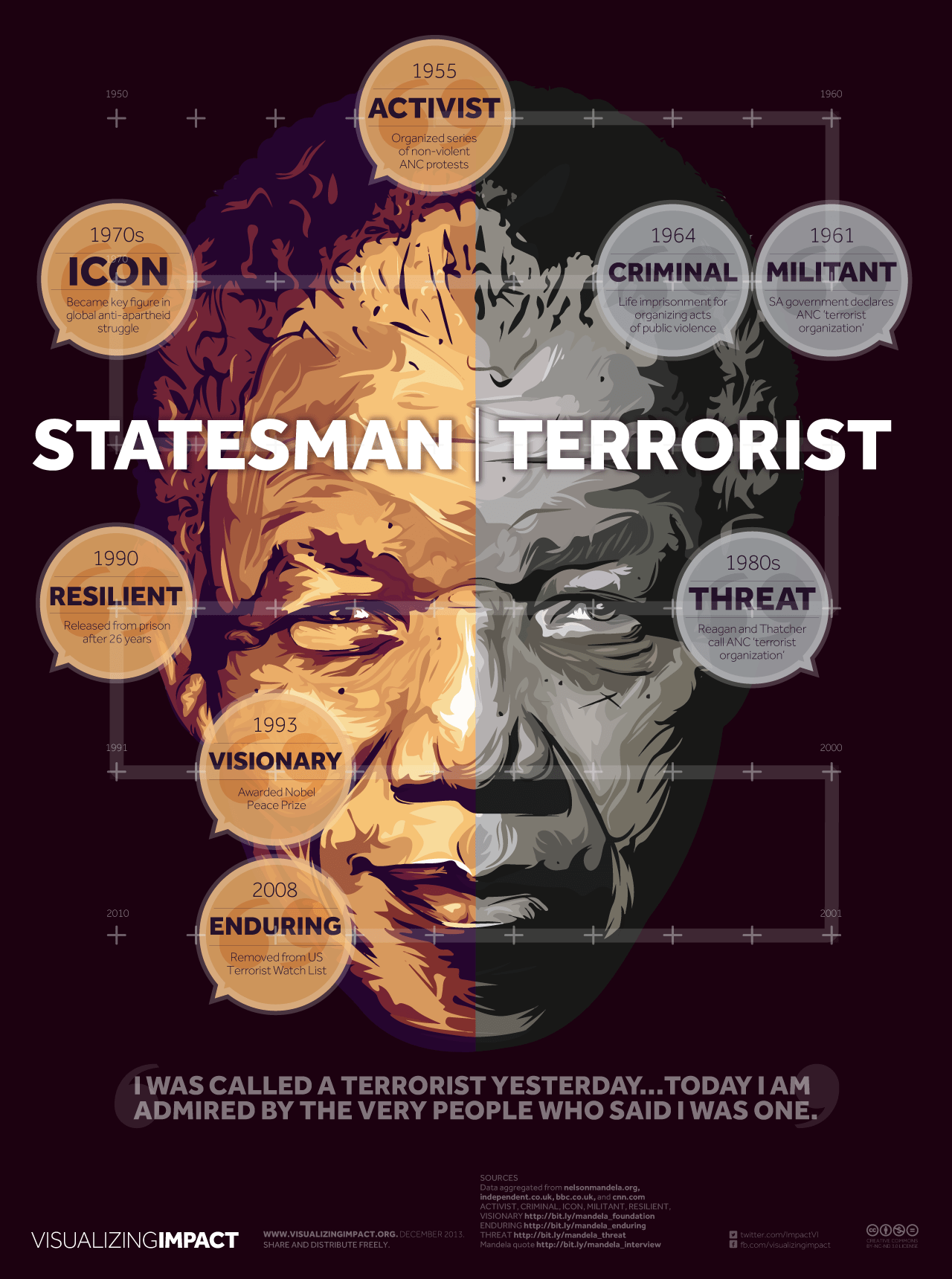 "I was called a terrorist yesterday... Today I am admired by the very people who said I was one”

The left half of the face, golden and warm, is dotted with positive ones. The right half, cold and in black and white, reminds us of the moments when the same man behind that face was still declared to be a terrorist. Under the heading Statesman-Terrorist the subtitle concludes, in much smaller writing: "I was called a terrorist yesterday... Today I am admired by the very people who said I was one”.(mb) See also. https://visualizingimpact.org